Today, Monday November 30, I will start the official Shine Competition. The actual rules will be posted in a separate post, and the actual competition, as well.

But to whet your appetite, let’s start with what you actually can win! Well, I’ve decided that the winners get a choice. It works like this: the top twenty will all get either an ‘Optimism’ T-shirt (I’m contacting Compass Box about availability, especially re. different sizes) or a ‘Shine’ T-shirt, which I’ll produce myself on CaféPress; and — of course — a copy of the Shine anthology.

However, those finishing in the top ten, get to select the main prizes, as follows: number 1 gets first choice, number 2 second choice, etcetera until number ten just gets what the others left over.

So, without further ado, here are the main prizes:

Frapin Cigar Blend: the perfect digestif after a heavy Thanksgiving or Christmas meal. A “ Grande Champagne, Premier Grand Cru du Cognac”, which is admittedly a mouthful, but wait until you have an actual mouth ful of this liquor of the gods! Cognacs are — with only some very rare exceptions — blends, and this blend has its separate constituents aged on new French oak casks (a French speciality) for at least 15 to 20 years. Resulting in a tannin-rich, yet surprisingly smooth cognac, with overtones of vanilla, dried fruits, honey, fine herbs and old port. I give this to my brother (who doesn’t like whisky) for our regular Sunday meals, and such a bottle never lasts long!

Highland Park 21 years old: A superb whisky that’s both complex and smooth. Like with the Springbank 18 year old (see below), it has a legendary predecessor: the Bicentenary. It’s been over ten years since I tasted the Bicentenary, so it’s hard to make a comparison. This Highland Park 21 year old is very smooth while having a surprising depth. On the one side you have the signature Highland Park toffee, fudge and dark chocolate, while on the other side you have a heathery smoke, nutmeg and ginger. It’s mellow, yet firm like a loving mother who knows what’s best for you. Kidding aside, a whisky that’s both silk and steel.

Springbank 18 years old: this is one of the most highly anticipated whiskies of 2009. The first Springbank to be following on the footsteps of the legendary 21 year old of a decade ago (I bought those 21 year old Springbanks for 96 guilders — about €40 — at the time. Now it’s become a collector’s item and goes for €400). And they’ve only bottled 7800 of this one, which are going fast. I’ve managed to get one, so grab this opportunity! It’s hard to say how it compares with its legendary predecessor (it’s been over ten years since I tasted that one), but this Springbank 18 years old is everything a whisky should be: smooth & sharp; rich & oily; depth & balance; oranges & pepper; tannins & caramel; cacao & honey: a perplexing paradox of yins & yans zig-zagging through the complete whisky range (I better stop while I’m still ahead…;-).

Glengoyne Port Cask Finish: vintage 1993, bottled 2009 (16 years old). To be frank, I intended to have the Balvenie Portwood 21 years old, but it was sold out (I have a half-finished bottle at home, which is unfit to put up as a prize, and which probably won’t survive Christmas). So after some frantic deliberation with my whisky shop owner, I decided to settle for this Glengoyne Port Cask Finish as the best alternative. It’s cask strenght (54.6%), so needs a bit of water to open up. But then it welcomes you with a heathery sweetness of a beekeeper, dry and restrained at first, but developing a tannin taste that’s both crisp and clean. Admittedly, it misses the subtle, fruity self-confidence of the Balvenie, but it makes up for that through mystique hints of citrus, ginger jam and butterscotch.

The red wines definitely have an SF/interstellar vibe to them. This is no coincidence.

Peter Lehman The Futures Shiraz 2005: this is everything a shiraz should be. Black cherries, dark forest fruits, subtle plums complemented with peppery spices and firm tannins held on an oily palate with cacao overtones. Twist my arm and I’ll admit it misses a bit of the sheer exuberance of the 2003 The Futures Shiraz (which was a superb red wine year in South Australia), and the 2006 The Futures Shiraz (which was supposedly also a superb red wine year) is not out yet, so we’ll settle with this. Make no mistake: it outshines the utmost majority of shiraz’s with ease. 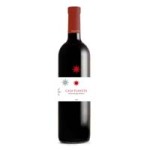 Casa Planeta Anniversary Selection: this is a special edition made for the 105th Anniversary of Gall & Gall, the major Dutch liquor store chain. I attend tastings in their Rosmalen store, and my good friend Sylvia is the manager of the store in ‘de Rompert’ in ‘s-Hertogenbosch, where I buy most of my wine and cognac. Actually, this is a Nero D‘Avola Syrah 2008 from the Planeta vineyards in Menfi, Sicily, Italy, only available in Gall & Gall (so here’s a special edition). It has a unique, Sardinian freshness in the fruits: almost like raspberry mixed with ripe olives and prunes. Add toasted cacao, subtle tannins and a well-restrained acidity and you have your table wine for Christmas!

Torres Celeste 2006: After Australia and Italy we move to Spain. After the future and the planets we move to the celestial heavens in all their glory. Torres Celeste 2006 is quite intense on the nose: almost a flower & fruit attack. It tones down on the tongue, where red berries, cherries and blackberries are smoothed out with fine woodshavings, while the wine is both full bodied and and persistent in its gentle structure. Great wine with a steak!

Catena Alta Chardonnay 2007: this is one of those white wines to give to red wine snobs who think white wines have no complexity. It already starts with the smell: a whole flower garden interspersed with lemon, lime and honey. At least as rich in the mouth: pear, apple, apricot, nutmeg and that buttery smoothness with minerals and overtones of baked bread. A wine to savour on a hot Spring night with sprightly hors-d‘oeuvres like galia melon & parma ham, fresh tomatoes & mozzorella or carpaccio & pine nuts.

DeLoach Chardonnay 2004: at 15.5% alcohol by volume this is a white wine with a punch! A fresh nose of an autumn fruit harvest (apples & pears) hides a slumbering monster that’s creamy and Rubens-bodied on the palate. Rich, richer than rich with honey melon, musky spices, cinnamon and flowring buttercups. And still the finish is rather soft and clean. No worries, as the alcohol will hit later, like a time bomb. Not for the faint of heart, and perfect for those dusky autumn evenings, still warm, but on the verge of the incoming cold.

Menetou-Salon AC 2007 (Sauvignon Blanc): and so we end up in France, after all. This is the fresh wine to celebrate the coming of Spring with: welcomed by a smell of sweet fruits (grapefruit, gooseberry, lime) & freshly picked flowers, the tongue is treated on a full juicy flavour of green apples, hints of mint, a rasping acidity. A long and lively finish makes you ache for more. Look no further for your apéritif: you found it!

Ten great drinks, shipped to the winners before Christmas. Obviously, I’ll be asking in the contest rules that the winners declare that they are of drinking age in their country of residence. Also, the copies of the Shine anthology — and possibly the T-shirts, as I try to match sizes — will not go out until the official release date, which is still April 2010

But I hope the alcoholic refreshments reach the winners well before New Year’s Eve! Stay tuned!

3 responses to “SHINE COMPETITION: THE PRIZES”