Every first and third Friday of the month there will be two story excerpts from the Shine anthology. This is the third one: “Overhead” by Jason Stoddard:

“Yes!” Nils jumped over Ani’s shoulders. Another bounce took him to the corridor ceiling, where he swung ahead of her on the exposed steel beams.

Ani shook her head. At 6 years old, Nils had already formulated his most important equation: SHIPMENT = TREAT. Nils was black-haired, blue-eyed, round-faced, and an endless bundle of energy. She couldn’t help grinning at him.

Ani caught up to him at the shaker. Nils bounced up and down in front of the scarred plastic window, frowning.

Ani squinted through the foggy, scratched plastic. There was only one person in the airlock. His spacesuit bore a faded tag: SHAO. Jun Shao. His silver-visored helmet reflected stark gray walls and her furrowed brow.

Ani ticked an impatient tune on the cold steel walls as the shaker knocked the abrasive moon-dust from Jun’s suit. Nils tried to do the same, but his young fingers weren’t quite coordinated enough.

Jun shook his head. “Nothing there.”

“No people, no parts, no nothing.”

Ani felt fear twist her guts. They’d never missed a shipment. Ever. Not for—

Jun shucked his gauntlets and hung them under his name in the rack. He sat down on a bench and began wriggling out of his suit. Nils helped him pull. Jun gave the kid a weak grin and let Nils unlatch his boots.

“Has it ever gone off-course?”

A sudden thought, clear and distinct, as if someone had spoken in her ear: What if this is the end of the shipments?

Ani paced. “Did you look around?”

“Peep my stream!” Jun looked up at her. For the first time, she saw his too-wide eyes. He was terrified, too.

Ani’s watchstream buzzed, signaling a direct message. She glanced at it; messages scrolled, as watchers realized something bad was happening. They’d be looking to her for direction.

What a terrible time to be Prime, she thought. She’d won the lottery last month.

“We have to go back out,” she told Jun. “We have to look for the drop. The shipment may have gone off course.”

Jun stopped moving and just looked at her, his face an unreadable mask of exhaustion. Ani wondered how many shifts he’d run in a row. Two? Three? More?

“Put your suit back on,” she told Jun.

Nils stopped helping Jun with his suit and looked up at her, frowning.

Ani sighed and addressed the nearest surveillance dot: “Anyone else with outside experience and a suit, come down. We need to make as many tracks as we can.”

Slowly, Jun started putting his suit back on. 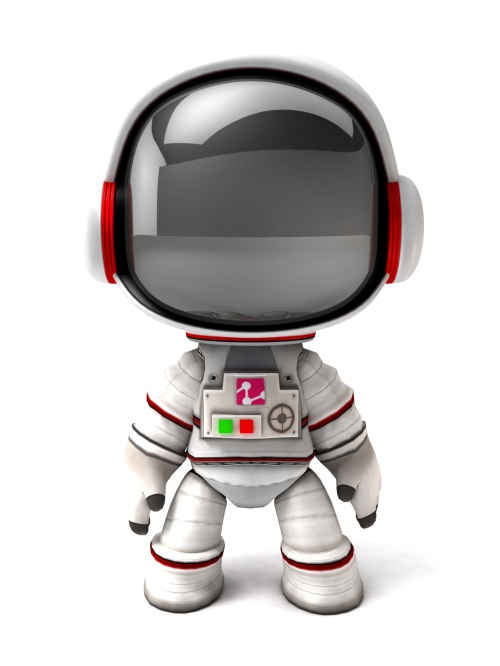 Jason Stoddard is trying to answer the question, “Can business and writing coexist?” with varying degrees of success. Writing-wise, he has two books coming out in 2010 from Prime Books: Winning Mars and Eternal Franchise. He’s also been seen in Sci Fiction, Interzone, Strange Horizons, Futurismic, Talebones, and many other publications. He’s a finalist for the Theodore Sturgeon Memorial Award and the Sidewise Award. On the other side, Jason leads Centric / Agency of Change, a marketing agency he founded in 1994. In this role, he’s a popular speaker on social media and virtual worlds at venues like Harvard University, The Directors Guild of America, Internet Strategy Forum, Loyola Marymount University, and Inverge. Jason lives in Los Angeles with his wife, who writes romance as Ashleigh Raine.

Also, check out the exclusive interview Charles A. Tan did with him at SF Signal.

and — arguably the anthology’s standout story — Jason Stoddard’s Overhead follows a colony on the Moon through a series of potential disasters and exemplifies some of humankind’s finest traits: perseverance, ingenuity, and hope.

Jason Stoddard’s Overhead should be made into a movie or a TV-series at least! I rooted so hard for these guys on their moon, ignored by Earth and left to struggle in the face of adversity. I can’t really explain too much as it’s a pretty involved plot and so tightly written. But I’ve given you the gist: people on the far side of the moon; ignored by those on earth; left to fend for themselves; brimful of hope, just excellent.

For me this was the best story of the anthology and not surprising it is the one that involves exploration of Outer Space, namely a colony on the dark side of the moon — so it stays out of touch with humanity except for regular deliveries of technology and people that want to join — where humanity can “reboot” if needed and where the rules are designed to create a better society. In a past thread that mixes with the current one and explains how the colony came to be, we follow executive Roy Parekh setting up an insurance company with a twist. Sense of wonder, memorable characters and a superb ending made Overhead a story that induced me to follow Mr. Stoddard’s career from now on. I would love a novel that would expand this story since I think the necessary depth is there.

Jason Stoddard’s Overhead is better as summary (idealists go to the moon) than as story. In it, a good idea is damaged by characters who speak their ideologies as if quoting from an instruction manual: “’An algorithmic search of online habits can easily be correlated with tendencies towards religion, economic philosophy, gluttony, and many other undesirable influences,’ said another geek”—a geek said that? Really?

An interactive map of the SHINE story locations: