Every first and third Friday of the month there will be two story excerpts from the Shine anthology. This is the fourth one: “Summer Ice” by Holly Phillips: 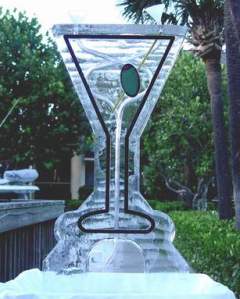 The art school can’t afford to pay her much. The people who run the place are her hosts as much as her employers, the work space they give her counts as half her salary. She has no complaints about the room, tall, plaster-walled, oak-floored, with three double-hung windows looking north and east up a crooked street, but her tools look meager in all this space. She feels meager herself, unable to supply the quantity of life the room demands. Create! the bare walls command. Perform! She carries the delicate lattice of yesterday’s images like a hollow egg into the studio, hopeful, but cannot decide where to put it down. Paper, canvas, clay, all inert, doors that deny her entry. She paces, she roams the halls. Other people teach to the sound of industry and laughter. She teaches her students as if she were teaching herself how to draw, making every mistake before stumbling on the correct method. Unsure whether she is doing something necessary or cowardly, or even dangerous to her discipline, she leaves the building early and walks on grass and yellow poppies ten blocks to her other job.

During the years of awkward transition from continental wealth to continental poverty, the city’s parks were abandoned to flourish or die. Now, paradoxically, as the citizens sow green across the cityscape these pockets of wilderness are being reclaimed. Lush lawns have been shoved aside by boisterous crowds of wild oats and junipers and laurels and manzanita and poison oak and madrone and odorous eucalyptus trees shedding strips of bark and long ribbon leaves that crumble into fragrant dirt. No one expects the lawns to return. The city does not have the water to spare. But there are paths to carve, playgrounds and skateboard parks and benches to uncover, throughways and resting places for a citizenry traveling by bike and foot. It’s useful work, and Manon mostly enjoys it, although in this heat it is a masochistic pleasure. The crew she is assigned to has been working together for more than a year, and though they are friendly people she finds it difficult to enter into their unity. The fact that she only works with them part-time does not make it easier.

Today they are cleaving a route through the wiry tangle of brush that fills the southwest corner of the park. Bare muscular branches weave themselves into a latticework like an unsprung basket, an organic form that contains space yet has no room for storage. Electric saws powered by the portable solar generator buzz like wasps against dead and living wood. Thick yellow sunlight filters through and is caught and stirred by dust. Birds and small creatures flurry away from the falling trees. A jay chooses Manon to harangue as she wrestles with a pair of long-handled shears. Blisters start up on her hands, sweat sheets her skin without washing away debris, and her eye is captured again and again by the woven depths of the thicket, the repeated woven depths hot with sun and busy with life, the antithesis of the cold layered ice of yesterday. She drifts into the working space that eluded her in the studio, and has to be called repeatedly before she stops to join the others on their break.

Edgar says, “Do you ever get the feeling like they’re just growing in again behind your back? Like you’re going to turn around and there’s going to be no trail, no nothing, and you could go on cutting forever without getting out?”

“We have been cutting forever,” Anita says.

“Like the prince who has to cut through the rose thorns before he can get to the sleeping princess,” Gary says.

“That’s our problem,” Anita says. “We’ll never get through if we have no prince.”

“You’re right,” Gary says. “All the other guys that tried got stuck and left their bones hanging on the thorns.”

“Man, that’s going to be me, I know it.” Edgar tips his canteen, all the way up, empty. “Well, come on, the truck’s going to be here in an hour, we might as well make sure it drives away full…”

The cut branches the crew has hauled to the curbside lace together like the growing chaos squared, all their leaves still a living green. As the other three drag themselves to their feet, Manon says, “Do you think anyone would mind if I took a few branches home?”

Her crewmates glance at each other and shrug.

Manon thanks him. They go back to work in the heavy heat of late afternoon. 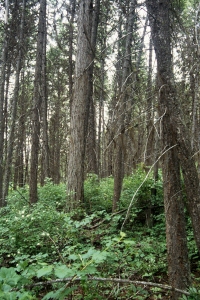 Holly Phillips is the award-winning author of In the Palace of Repose and The Engine’s Child. She lives on a large island off the west coast of Canada, and is hard at work on her next novel.

Also, check out the exclusive interview Charles A. Tan did with her at SF Signal.

Summer Ice by Holly Phillips is at once evocative and dreamy and maybe a bit sad — we follow the main character with the beautiful name of Manon, as she tries to come to grips with a new life in a new city. But this new city in turn is struggling to cope with the effects of climate change. It’s a beautifully uplifting story in which Manon realises that she’s not the outsider she feels herself to be, and that being part of a community is not too different from being part of a family.

At the opposite end of the spectrum is the contemplative Summer Ice by Holly Phillips, a well-written and quiet story that could have been published in a leading literary journal if there weren’t just a mild hint of global warming in the background.

After the 3 very sfnal stories above, here is a tale of a painter that inspires a renewal in a run-down city. The main strength of Summer Ice is its great style and the story also works beautifully as a change of pace from the fast and furious of the previous three.