SHINE excerpts: “The Earth of Yunhe”

Every first and third Friday of the month there will be two story excerpts from the Shine anthology. This is the first one: “The Earth of Yunhe” by Eric Gregory (podcast of the story here!): 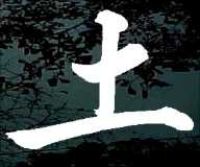 He came to us with promises of dirt. I was outside of the city that day, checking up on the outermost ring of accumulators, but I saw the whole mess on the network once it was over. I saw it from every angle, through the beady eyes of two dozen different wi-mo cameras. On some impulse that I didn’t quite understand, I brought up the most popular video now.

Xiaohao strode into Little Yunhe Square, right up to the Administrators’ Quonset hut offices. He wore the black skinweave favored by the Ecclesia—likely the first of his many mistakes—and waved his arms like an attention-starved child. “It’s time to return to our ancestral home!” he shouted. Xiao had never been a very good public speaker; he compensated for anxiety with breathtaking pompousness. “The day is today! The hour is this hour! Follow me, and we’ll raise Yunhe from new soil!”

With each word, more and more of the square’s homeless raised their wi-mos to record the madman’s performance. Two security officers outside of the Quonset hut exchanged uncertain glances and advanced cautiously, hands on the butts of their pistols.

“New soil!” Xiaohao cried again. “Smart soil from the Ecclesia, soil to reclaim Yunhe―the real Yunhe―from the ash. I’m giving this to you. We will built it together. Look! Explore!” That last bit made no sense; did he carry some of the magic dirt in his hand? Xiao went silent as something approached from offscreen. The camera jerked to one side, zoomed in on the Little Yunhe Administrators as they emerged from their offices. Papa, dressed in his trademark gray suit, took the lead.

Papa moved faster than the wi-mo filmmaker could follow. When the camera found him again, the old man stood over his son, who was crumpled on the ground clutching his face. “I’m giving this to you,” screamed Xiao, and Papa reared back to kick him in the gut.

I couldn’t watch any further.

My fingers shook as I folded up the wi-mo. Could I really say that Papa wouldn’t kill him? I’d winced when I saw the video for the first time, but assumed the worst was over. After all, Xiaohao hadn’t been the first criminal beaten by our father, and Little Yunhe had never executed anyone before. My brother had come here practically wrapped in the flag of Ecclesia; of course Papa would show him hard justice, give him a week or two in the Whale. But he wouldn’t kill his own son.

Eric Gregory’s stories have appeared in Strange Horizons, Interzone, Black Static, Sybil’s Garage, and more. He has also written non-fiction for Fantasy Magazine and The Internet Review of Science Fiction. Visit him online at ericmg.com.

Also, check out the exclusive interview Charles A. Tan did with him at SF Signal.

And don’t forget to check out Kate Baker’s terrific podcast of the story!

Eric Gregory’s sublimely powerful The Earth of Yunhe takes place in a region of China devastated by a flood of toxic coal waste and a dissident native son who risks everything to find a solution — a solution that could transform the entire planet.

Eric Gregory’s The Earth of Yunhe has to be my favourite out of all of the stories in Shine. It deals with two siblings in rebellion against their father and the current state of things. Gregory’s descriptions of the world of Yunhe is tightly controlled, allowing us glimpses of a future where China could perhaps be the garden of the world. What I truly liked in this was how quickly I grew fond of the characters and to be honest, I am willing Mr. Gregory to put pen to paper and offer up a full length novel soon because he writes very well indeed.

The opening story, The Earth of Yunhe by Eric Gregory is a strong one. […] Gregory weaves a very interesting tale of a displaced people, conflict within a family and nanotechnology. What I particularly liked about this story is the way the author manges to capture such a complex theme as the conflicts arising within a community of displaced people in one family. Do you resign yourself to finding your place in your new environment or try to reclaim what was lost? And what if technology allows you to reclaim but politics won’t?

In the relocated village of Little Yunhe, Yuen the daughter of the “village chief” tries to save her brother Xiao who has “defected” in college to Ecclesia, a transnational organization that plays the role of a state in this environmentally troubled Earth, only to return with a discovery that may allow Yunhe to be “grounded on soil” again. However Xiao is regarded as impious and “heretic” and his brash manners on return did not help, so he got flung in jail by his father. An excellent story that works at all levels — world building, action, inventiveness and characters and a superb start to the anthology.

Eric Gregory’s The Earth of Yunhe takes the reader to a future China suffocating beneath ash and pollutants. The remedy takes the form of nanite soil a hyper-complex algorithm, but the real problem is not pollution, but the government unwilling to compromise. Highly Recommended, and a promising opening.

Eric Gregory likewise goes for technical plausibility in The Earth of Yunhe, though he keeps things closer to home as his characters use social networks mobilise support for rebuilding a climate-wrecked city with nanobots in the soil.

[…] a fair number of them do a credible job of successfully balancing drama and optimism without sacrificing cultural complexity. The stories here that probably do the best job with this complex balancing act are The Solnet Ascendancy by Lavie Tidhar, Sarging Rasmussen: A Report by Organic by Gord Sellar, and The Earth of Yunhe by Eric Gregory.

Also, though half the stories take place in unusual locations, few present worldviews that diverge significantly from the default Anglosaxon mindset. Interestingly, the two that go farthest are those in which the first-person narrators don’t match the gender of the authors (Eric Gregory’s The Earth of Yunhe, a happy-outcome alternate of Tiananmen Square; Jason Andrew’s Scheherazade Cast in Starlight, an upbeat version of the Iranian election Tweeter phenomenon).

The state is viewed with suspicion, while the market moves so quickly that malevolent corporations die off with a minimum of fuss. China, Brazil, tiny Vanuatu all have powerful roles in a post-superpower future.

Eric Gregory’s The Earth of Yunhe is a more reflective and nuanced tale of repression and rebellion. The spare prose and the nicely drawn characters reaffirm the notion that sedition is always a possibility.

An interactive map of the SHINE story locations:

13 responses to “SHINE excerpts: “The Earth of Yunhe””